Amy Rosenfeld joined ESPN as a producer in 2007 with extensive television sports production experience working in soccer and other sports as a freelancer for ESPN and NBC. Since joining ESPN, her leadership and success overseeing major events at the company has led to increased and varied responsibilities across different sports.

Rosenfeld serves as Vice President, Production (2019) and head of production for ACC Network – a comprehensive linear and digital network owned and operated by ESPN and in partnership with the Atlantic Coast Conference that launched on August 22, 2019. Rosenfeld leads hiring of on-air announcers, development of show concepts and the overall look and feel of the network.

Along with her ACCN duties leading up to launch, Rosenfeld was senior coordinating producer (2017-19) where she oversaw all soccer content as well as motor sports on ESPN linear television networks including the Indianapolis 500 on ABC. In 2016, she led ESPN’s unprecedented and critically acclaimed coverage of UEFA European Football Championship 2016 from France with a live studio presence originating from a set on the banks of The Seine with a backdrop that included the scenic Eiffel Tower in Paris.

Rosenfeld joined ESPN after working as freelancer on numerous soccer events for ESPN and other networks since 1997.  Her experience includes serving as the lead producer for every English-language telecast of the FIFA World Cup and FIFA Women’s World Cup since 1999 in the United States.

A native of Concord, Mass., Rosenfeld began her sports television production career as an intern at the New England Sports Network (NESN).  She returned to NESN upon graduation from Colorado College and increased her responsibilities to eventually include coordinating producer for Boston Bruins NHL games and Boston Red Sox telecasts. 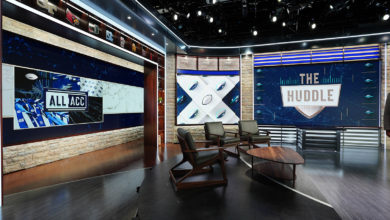