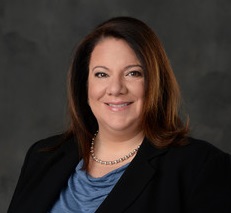 Prior to her employment with ESPN, Arnold served as director of media relations for High Speed Access Corp. (HSA), a broadband company based in Littleton, Colo. Prior to that, she was the media relations manager for AT&T Broadband out of Englewood, Colo., formerly Tele-Communications, Inc. Her career began as a sales and marketing specialist for TCI Media Services in Madison, Wis.

Arnold has been named a Top Women in PR by PR News, one of CableFax magazine’s top 30 “Women on the Move,” and was a CableFax finalist for PR executive of the year. In 2006, CableFax magazine also named Arnold an influential executive in cable. She was selected as a Betsy Magness Fellow in Women and Cable and Telecommunications’ Class XI in 2004-05. She is on the Board of Directors for the Alliance for Women in Media and is a member of its executive council. She served as Co-Chair of the FORUM, the Association of Cable Communicators’ annual conference. Arnold is very active in WICT and in CTAM, sitting on its Communications Steering Committee. She has also been named Vice President for Daughters of Penelope, District 10, an organization promoting Hellenism, Education, Philanthropy and Individual Excellence.

Arnold, a Milwaukee, Wis., native, graduated from the University of Wisconsin-Madison with a bachelor of science degree in family and consumer journalism.