John Barr joined ESPN in June 2003 as a reporter for ESPN’s news-gathering operation.  Currently based in Philadelphia, he’s now a part of ESPN’s Enterprise Unit, covering investigative and human-interest features, primarily for Outside the Lines and E:60.  His responsibilities also include covering breaking news stories and major events for SportsCenter as well as contributing pieces to ESPN.com.

A Peabody Award-winning reporter, Barr has been recognized twice by the Peabody’s — in 2013, for his work on the NFL’s concussion crisis, and, in 2019, for his work on the Larry Nassar sexual assault scandal, which resulted in sweeping changes at Michigan State University and USA Gymnastics.  His book, Start by Believing, co-authored with fellow ESPN reporter Dan Murphy and released in 2020, chronicles the Nassar story from its beginnings.

In 2011, Barr’s Outside the Lines report on human trafficking and the 2010 World Cup won a National Edward R. Murrow Award for video investigative reporting, the first time that award had ever been presented to a sports network.  Barr has won dozens of awards for his work at ESPN and in local television, including eight Regional Emmy Awards.

A native of London, Ontario, Canada, Barr graduated in 1992 from Indiana University with a Masters degree in journalism and from the University of Toronto in 1989 with a Bachelor of Arts degree in history/political science.  He lives outside of Philadelphia. 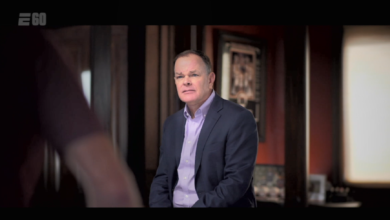