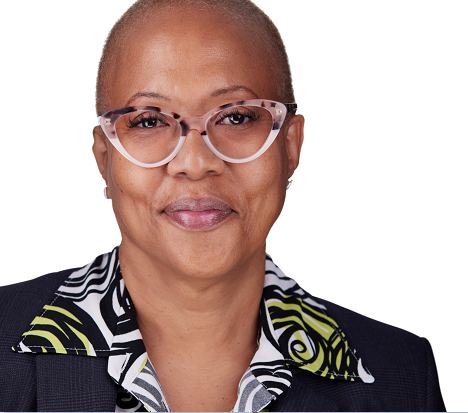 Cecile Cross-Plummer, a highly respected media relations executive with 25 years of experience at HBO, joined ESPN as vice president, corporate communications in September 2021. In this role, she will work closely with ESPN’s talent office, lead the communications department’s efforts promoting The Undefeated as that brand is poised for further expansion, and will enhance outreach to multicultural audiences as part of ESPN’s audience expansion initiative.

“Cecile’s talent, relationships, perspective and experience managing an iconic brand in the press instantly makes an already strong team that much better,” said Chris LaPlaca, ESPN senior vice president, corporate communications upon her hire.  “She’s also a massive sports fan. We’re thrilled to have her join us and we look forward to what’s next.”

Cross-Plummer added, “Combining my love of sports with my PR experience, has been a long-time dream of mine.  So, I am extremely grateful for this opportunity and can’t wait to get the ball rolling.”

Cross-Plummer – who was born in Saint Andrew, Jamaica – moved to New York City shortly after completing her high school education. While attending Hunter College, she interned at HBO and graduated with a bachelor of arts degree in communication and media studies. She landed her first job at HBO as an assistant and never looked back, increasingly taking on larger roles.

Her first position was as an advertising coordinator, moving to public relations a year later as listings coordinator.  After another year, she was promoted to senior publicist.  Four years later, she advanced to manager, media relations, and four years after that to director, media relations.

Prior to joining ESPN, she served nearly eight years as vice president, media relations, leading her team in the planning and execution of a wide variety of signature HBO series, including Veep, The Wire, Extras, The Outsider, Lovecraft Country, I May Destroy You, Beyonce: Life Is But a Dream and Epitafios.  In that time, she built strong relationships with the press and publicized talent, managed issues and effectively promoted quality content.  She oversaw the planning and execution of promotional events such as junkets, panels, festival and convention appearances, and awards season parties.  She also directed promotional and publicity campaigns, including coaching directors and actors through public appearances, setting talking points, and securing media coverage.  In 2019, that role was expanded to include oversight of HBO Sports communication efforts.