Along with Nico Rosberg, Hill is one of only two sons of a Formula 1 world champion to win the title. He retired at the end of the 1999 season with 22 F1 wins.

Hill became a TV commentator after his retirement from driving and the Brit’s affable personality has made him popular with viewers. 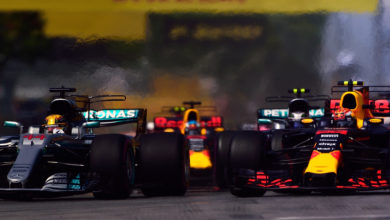