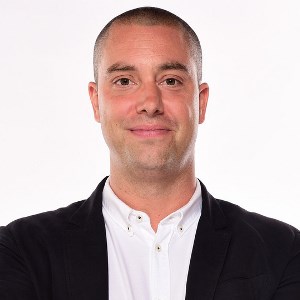 David Jacoby is a commentator and coordinating producer who first joined ESPN in 1999. He is the co-host of Jalen & Jacoby, and has also served as a guest host on other ESPN programs, including SportsNation.

Now in its seventh year, the Jalen & Jacoby podcast first began as a passion project for the duo under ESPN’s Grantland banner. As the podcast developed into a hit in the summer of 2011, it grew to include a YouTube show, which then led to an opportunity to host a national ESPN radio show.  From the radio show, Jalen & Jacoby grew – yet again – into a late-night TV show before making a progression into an afternoon timeslot on ESPN2, and currently airing at 4 p.m. ET on ESPN.

Before joining Grantland, Jacoby was a development executive at ESPN. In 2004, he developed, piloted, and produced his first TV show, the sneaker-focused lifestyle show, It’s The Shoes. He went on to develop, pilot, cast, and produce the hit ESPN studio show, SportsNation, while also developing a variety of other shows that are still on the air.

Jacoby graduated with honors with degrees in management and marketing from the Stern School of Business at New York University in 2000. 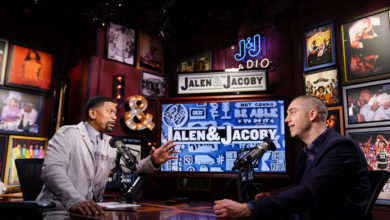