Doug Kezirian is a sports betting insider for ESPN.

Prior to joining ESPN, Kezirian lived in Las Vegas for seven years and was the Sports Director and main sports anchor for KTNV-TV, the city’s ABC affiliate. He anchored the daily sportscasts, as well as the station’s high school football show. He doubled as founder and co-host of “The Las Vegas Sportsline”, which is currently the highest-rated ESPN radio show in Las Vegas.

The Los Angeles native graduated Brown University with an Economics degree. He played three sports in high school, before focusing on water polo at Brown, where he was a four-year letterman and co-captain of its nationally-ranked team. 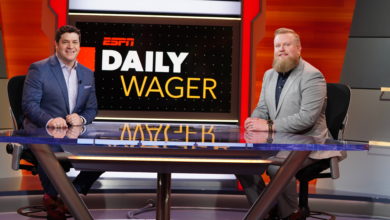