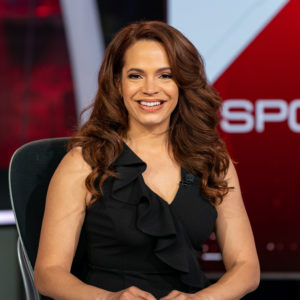 Television sports veteran Elle Duncan joined ESPN as an anchor for SportsCenter, the network’s signature news and information program in May of 2016. In March of 2021, she moved to the 6 p.m. show with Kevin Negandhi.

In addition to her work on SportsCenter, Duncan has been a co-host of the weekly ESPN podcast First Take, Her Take with Kimberley A. Martin and Charly Arnolt since June of 2021 and she is among a rotating group of panelists on ESPN’s afternoon program Around the Horn. She also has appeared as a panelist on Highly Questionable.

In June of 2020, Duncan was named co-host with Clinton Yates of ESPN’s The Undefeated of a new weekly radio program The Intersection. The two-hour program featured in-depth discussions continuing the conversation around the impact of social justice on sports and society.

For two years prior to joining ESPN, Duncan was an anchor, host and reporter for the New England Sports Network (NESN) in Boston, most recently hosting the daily NESN Live and NESN Sports Today programs.

Prior to joining NESN in early 2014, the Atlanta native worked in a number of on-air positions in her home city on both television and radio, including as a sports anchor and reporter for WXIA-TV, Atlanta’s NBC-TV affiliate, from 2012-2014. She was a sideline reporter for the NBA’s Atlanta Hawks for six years and a field reporter for Comcast Sports South on SEC and ACC football for two years.

Duncan started her broadcasting career in 2003 as an entertainment reporter for former Atlanta sports radio station 790 the Zone, then in 2005 began a seven-year career as an on-air personality with Atlanta hip-hop station V103 where she hosted a top-rated program. She expanded her radio work as co-host of pre-game, halftime and post-game shows for the Atlanta Falcons Radio Network in 2010-2011. 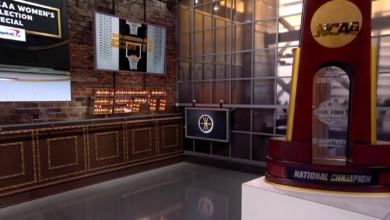