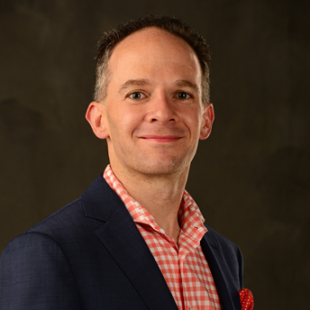 In November 2018, Glenn Jacobs was named vice president production, MMA. Jacobs oversees UFC, PFL and all MMA across all content platforms at ESPN. Involved in ESPN’s UFC coverage for several years, Jacobs most recently launched “DC & RC” across social platforms and “The Chael Sonnen Show with Jorge Sedano” on ESPN+ in July 2021.

Prior to this role, Jacobs was senior coordinating producer for SportsCenter Digital, New and Next-Generation Content. He most recently helped to launch SportsCenter on Snapchat and Always Late with Katie Nolan.

An award-winning producer, Jacobs previously oversaw the Planning and Coverage Unit (2011-14), including all bureau reporters and producers, with a focus on using new technology to enhance ESPN’s newsgathering. In 2008, Glenn led the launch of the live weekday SportsCenter editions (9 a.m.-3 p.m. ET), and SportsCenter’s Facebook page and Twitter feed. Prior to 2008, Jacobs was responsible for the 6 p.m. ET weeknight and weekend morning SportsCenter (2006-08), and the feature unit (2002-2006).

Since joining ESPN in 1992, Jacobs has been the recipient of nine Sports Emmy Awards, five Edward R. Murrow Awards, and two New York Festival Gold Medals for a variety of programs and features.

Before becoming a producer, he worked for Disney Regional Entertainment (1998-2002), where he was instrumental in the launch of ESPN Zone restaurants, a brand extension of ESPN.  As director of programming, Jacobs was responsible for all broadcasting, audio, video, art, and grand opening events for all the restaurants. He was also responsible for ESPNZone.com, the integrated website for all Zone locations.

A native of Vernon, CT, Jacobs received a bachelor of arts in government with a minor in theatre from Connecticut College.