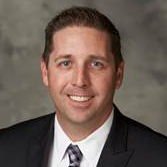 Saccenti joined ESPN Events, a division of ESPN, in 2001 and worked as an account executive on projects at the University of Nevada, Las Vegas for four years, in addition to the Las Vegas Bowl. He also held the title of senior manager event sponsorship and marketing/associate executive director.

During his tenure, average attendance of the Las Vegas Bowl has jumped 93 percent compared to the event’s first decade of existence. Those totals include the three highest-attended team sporting events in the history of the state of Nevada (2006, 2013 and 2015 games). Part of the team that helped launch the ESPN event business, Saccenti worked on the first two ESPN owned and operated events – which grew into a lineup that now numbers 28 across the country.

Saccenti began his professional career in 1994 with the local minor league baseball team (AAA Las Vegas Stars) and hockey team (IHL Las Vegas Thunder). He worked in a variety of departments with the franchises, including public relations, sponsorships, marketing and operations, before finally serving as director of marketing. In 2000, he became marketing manager for the XFL’s Las Vegas Outlaws football franchise, which went on to lead the fledgling professional league in both single-game and season attendance.

A 2016 graduate of the Leadership Las Vegas program, Saccenti was also a member of the class of 2016 from ESPN’s Nextgen leadership program. He is a member of the board of directors of the UNLV Football Foundation and board of trustees for the Southern Nevada Sports Hall of Fame. He served on the Football Bowl Association Committee for PR and Marketing and helped plan and host the 2014 FBA annual meetings in Las Vegas.

Honored in 2009 with the All American Football Foundation Bud Dudley Bowl Executive Award, Saccenti was a member of “Las Vegas’ Top 40 Under 40” list published by Vegas Inc. magazine in 2012.

A native of Brooklyn, N.Y., Saccenti moved to Nevada in 1993 after graduating high school in Red Bank, N.J. He attended UNLV and earned his bachelor’s degree in communications in 1998.