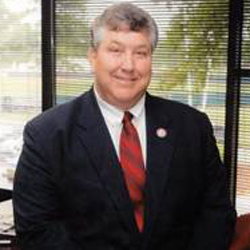 Johnny Williams serves as executive director of the Camellia Bowl in Montgomery, Ala., created in August 2013. In this role, he manages day-to-day operations of the bowl.

Williams spent three years as the senior associate athletic director at Alabama (2004-07), where his responsibilities included oversight of Tide Pride, Marketing and Promotions, and the Ticket Office. Prior to arriving at Alabama, he spent 10 years as the Athletic Director at Troy University (1994-2004), where Williams oversaw the athletic departments moved to Division I-A from Division II in all sports. In January 2002, Williams was honored for his progressive leadership by the All-American Football Foundation with its prestigious Gen. Robert Neyland Athletics Director Award.

Williams began his athletic career at Troy as a graduate assistant football coach under Rick Rhoades. During his coaching tenure with the Trojans (1985-93), Williams also held several administrative positions within the department. He was part of the 2016 Troy University Athletic Hall of Fame Class.

Prior to his arrival in Troy, Williams was the head football coach and athletic director at Pickens County High School in Reform, Ala., in 1984. He also served as an assistant coach at his alma mater, the University of North Alabama, from 1979-83.

A 1980 graduate of UNA with a degree in health/physical education, Williams was a four-year defensive starter for the Lions, earning Defensive Lineman of the Year honors in 1978. He was selected to the UNA Team of the Decade for the 1970s. Williams is a native of Tuscaloosa, Ala.