King is responsible for the company’s overall journalistic direction, working closely with leaders across ESPN Films and original content, digital content, social media, multi-platform journalism and storytelling and global content, and advises ESPN and its senior leadership team on editorial issues. He also helped form and helps lead ESPN’s Inclusive Content Committee, a team with a core mission to enhance storytelling on all ESPN platforms by serving as a diverse resource for the company’s content creators.

Previously King was the Senior Vice President, Original Content, focusing globally on all of ESPN’s award-winning long-form storytelling and enterprise journalism, with a goal of maximizing the quality and impact of the content.

His oversaw ESPN’s original content portfolio (ESPN Films, 30 for 30 and ESPN+ original series); the domestic and international longform journalists (ESPN the Magazine, The Undefeated, espnW, E:60 & features); and ESPN’s investigative journalism unit and Outside the Lines.

He has worked with all news platforms during his ESPN career and was previously Senior Vice President, SportsCenter and News. He also previously oversaw all global and digital content from 2007-2014. King has worked with ESPN’s many news, information and programming units to develop greater cross-platform integration and development of cross-media franchises.

In June 2007 he was named vice president and editor-in-chief of ESPN.com, before adding oversight of digital video and audio content as well as all editorial content on ESPN’s local sites. In 2004 he joined ESPN as a senior coordinating producer in the studio production unit, responsible for (at various times): ESPN’s award-winning NBA studio programming; the award-winning Outside the Lines; ESPN’s on-location coverage of major golf events, including the Masters and the U.S. Open; and ESPNEWS, the nation’s only 24-hour sports news television network.

King began his career in the newspaper business. From 1997-2004, he was at the Philadelphia Inquirer, serving as graphic artist, deputy sports editor, assistant managing editor and deputy managing editor. Prior to that, King worked at the Louisville Courier-Journal as a graphic artist, director of photography and presentation editor. From 1987 through 1992, he worked at the Courier-Post in Cherry Hill, N.J., a major suburban Philadelphia paper. His first job was with the Commercial-News in Danville, Ill., as a general assignment reporter and graphic artist.

King received a bachelor of arts degree in English from Wesleyan University in 1984. In 1986, King attended Penn State, studying Journalism as part of the School of Communication’s inaugural graduate class. A past Pulitzer Prize judge, King is a member of the Associated Press board of directors, the National Sports Journalism Center’s advisory board and the Poynter Institute’s National Advisory Board, where he serves as the chairman. In 2016, he was named to the Board of The Center for Investigative Reporting.

King was named by Fast Company among its “Most Creative People 2014.” 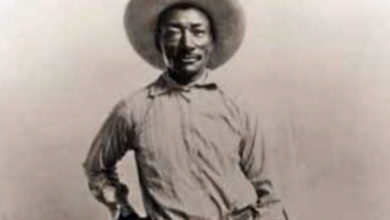 The 2021 ESPYS, Hosted by Acclaimed Actor Anthony Mackie, Celebrated the Biggest Achievements, Performances and Moments of the Year in Sports