In January of 2016, Jodi Markley was named executive vice president, content operations and creative services.  Prior to that, she served as senior vice president, operations. In her expanded role, Markley is responsible for studio and remote operations across all ESPN U.S. facilities, network operations, media operations, post production services, creative services and studio directing. Markley’s team annually facilitates over 4,000 remote events and thousands of hours of studio programming across ESPN platforms, as well as all sports programs on ABC.

Markley, an industry veteran and executive with extensive international experience, has played an integral role in the launch of dozens of ESPN International networks, as well as numerous programming initiatives – including 13 different versions of SportsCenter around the globe.  Markley was also part of the launch of ESPN Deportes, the Longhorn Network and the SEC Network in the U.S.

Prior to joining ESPN, Markley worked as production manager for film company Motion, Inc., co-producing numerous documentaries.  She had also been a freelance producer and associate director for ESPN, TSN, BSkyB and TESN.

A native of Miami, Markley graduated from the University of South Florida with a bachelor of arts degree in communications.  She is a member of WICT (Women in Cable Television) and AWSM (Association for Women in Sports Media).  Markley also serves on the Advisory Board for SVG (Sports Video Group) and served on the Board for the Connecticut and Rhode Island chapters of The American Red Cross for six years. She is an alumnus of the Betsy Magness Leadership Institute and was selected as one of Broadcast and Cable’s 2011 “Women to Watch”. Markley was named to the Multichannel News Class of 2014 “Wonder Women” list and CableFAX: The Magazine’s “Most Powerful Women in Cable” for 2013, 2016, 2017, 2019 and 2020. In November 2014, she received the WICT New England Career Achievement Award. In September 2015 she was selected as a Sports Business Journals “Game Changer.” 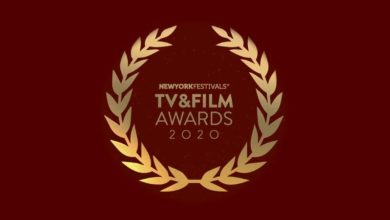