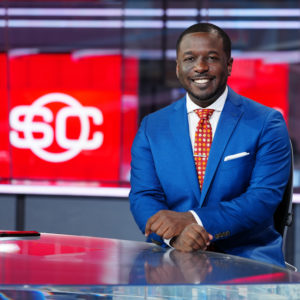 Max McGee joined ESPN in January of 2022 as an anchor for the network’s signature news program SportsCenter.    Prior to joining ESPN, McGee spent three years reporting for the CBS affiliate WJZ-TV in Baltimore, MD. As a sports reporter, he covered Baltimore’s pro sports teams, the University of Maryland, as well as breaking news and sports.      McGee began his television career as a reporter and producer at KPLC-TV in Lake Charles, La., where he shared an AP Award for best sportscast. Before moving to Baltimore, his journey in journalism and sports continued in Myrtle Beach/Florence, S.C. There, he was a sport and news anchor at WMBF-TV, the NBC affiliate.   A native of Cherry Hill, N.J, McGee graduated from Temple University, where he earned a Bachelor of Arts in Journalism. In his time at Temple University, McGee participated in the student-run radio and television program WHIP Radio, and the OwlsSports Update.