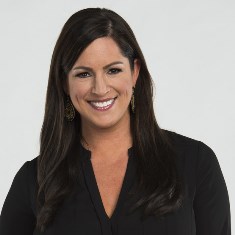 Sarah Spain has been the co-host of Spain and Fitz, with Jason Fitz, since its return to the ESPN Radio lineup in August 2020, airing from 7 – 9 p.m. ET. The reunited duo picked up where they left off in June 2019, entertaining listeners with insightful conversation on the day’s trending topics and under-the-radar stories. In addition, Spain – an Emmy and Peabody Award winner – is a columnist for espnW, a SportsCenter reporter and host of the That’s What She Said podcast. Since joining ESPN in 2010 Spain has contributed to other programs and platforms at the network including, The Dan Le Batard Show with Stugotz, Around the Horn, Highly Questionable and more.

Prior to joining ESPN, Spain worked at several outlets, including Fox Sports Net, WGN AM-720, WGN-TV, ChicagoNow.com and did freelance work for the Chicago Tribune Red Eye and The Big Ten Network.

Spain received a bachelor’s degree in English in 2002 from Cornell University, where she competed as a heptathlete and served as the co-captain of the track and field team. 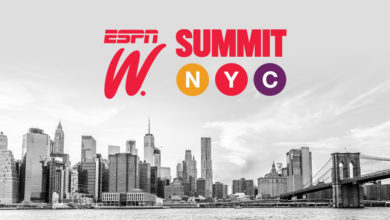