Before moving to the noon SportsCenter in February of 2021, Steele anchored the 6 p.m. ET edition for several years and before that was an anchor for SportsCenter:AM. Previously she hosted NBA Countdown on ESPN and ABC from 2013 through the 2016-17 NBA season.

After coming to ESPN, Steele served as a regular anchor of SportsCenter until 2013. She also hosted the Scripps National Spelling Bee from 2010-2013. In addition to SportsCenter, she also has contributed to First Take and Mike & Mike, and has been a guest co-host of ESPN2’s SportsNation. Steele also hosted ABC and ESPN’s New Year’s Rockin’ Eve during the inaugural College Football Playoff.

Beyond her work for ESPN, Steele previously co-hosted ABC’s telecast of the Miss America pageant and has been a featured guest host on ABC’s The View. In 2015, Steele added ‘mommy blogger’ to her job portfolio, contributing several stories to Disney-owned Babble. She has also been a guest on Jimmy Kimmel Live and has been profiled by Rolling Stone, Wall Street Journal, Vibe and Huffington Post, to name a few.

Prior to the 2013 NASCAR Brickyard 400, the Indiana University graduate had the honor of driving the pace car at the famed Indianapolis Motor Speedway.

Steele began her television career at WSBT-TV in South Bend, Ind., as a producer and reporter (1995-1997). She then moved to WISH-TV in Indianapolis where she was a beat reporter for the Indianapolis Colts and the Indiana Pacers, in addition to covering the 1997 NCAA Men’s Final Four, NASCAR and the IndyCar Series.

In August 1998, Steele moved to Tampa and worked as a reporter, anchor, and host for WFTS-TV. She was the beat reporter for the Tampa Bay Buccaneers from 1998-2001 and covered the 1999 NCAA Men’s Final Four. In 2000, she joined Fox Sports Net in Tampa as a reporter and covered Super Bowl XXXV for the 2000-01 NFL season.

In April 2001, Steele became the anchor for the debut of Comcast SportsNet, serving the Washington DC/Baltimore region. She anchored the flagship show SportsNite for six years and was also a beat reporter for the Baltimore Ravens from 2001-2005, hosting a magazine show for all five seasons.

Steele graduated from Indiana University in 1995 with a Bachelor of Science degree in sports communications. Steele is a board member for the Pat Tillman Foundation and is passionate about working alongside military veterans. She also was named to the board for the V Foundation for Cancer Research in 2019. 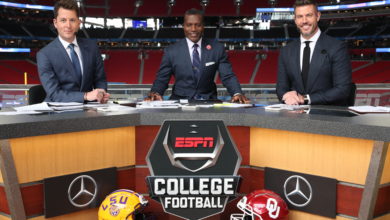 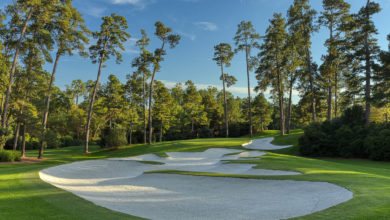 Strong Increases from ESPN Studio Shows throughout the Day in May