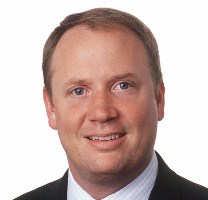 Tim Bunnell is a senior vice president, programming at ESPN.  He leads programming efforts in tennis, golf, baseball, soccer, and motorsports, in addition to spearheading ESPN’s endeavors around the world, including  managing ESPN’s relationship with Tencent Digital in China, and serving as a board member on NBA China and on CTV Specialty in Canada.

Bunnell joined ESPN in 1994 as manager of distribution, Americas.  In 1998, he was promoted to director, responsible for managing programming relationships with affiliates throughout Latin America and Canada.  In 2000, Bunnell joined ESPN Internet Group , where he oversaw the launch and development of ESPNdeportes.com and managed the reorganization of ESPNsoccernet.com (now ESPNFC.com). Since 2002 he has been involved with ESPN’s content efforts across the globe.

Prior to joining ESPN , Bunnell was an upper school teacher at the American International School in Vienna, Austria, where he taught courses in modern European history and world literature (1989-1991).

A 1987 graduate of Tufts University, he has a bachelor of arts degree in English literature.  In 1993, he received his M.A. in International Relations with honors from the Fletcher School of Law and Diplomacy at Tufts University.  He is fluent in Spanish.