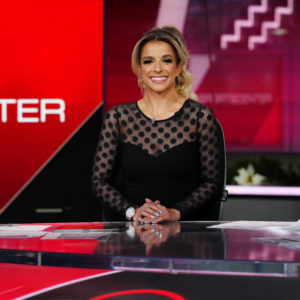 Paralympian gold medalist Victoria Arlen joined ESPN in December 2015 and works as a host and reporter. She has hosted the television, international and Snapchat versions of SportsCenter as well as ESPN digital programs including SportsNation, Hoop Streams, TUF and Caps Off. She also has been a fill-in host for First Take. In addition, she is a reporter for the X Games and Special Olympics.

Hired at the age of 20, she became one of ESPN’s youngest regular reporters ever. She made her ESPN television debut as a features venue reporter at the 2015 Special Olympics World Games in Los Angeles. She also has reported from the Invictus Games and for the SEC Network’s coverage of swimming and diving, among other assignments.

Arlen has a remarkable story of overcoming odds and adversity. At 11 years old, she was diagnosed with two rare conditions; Transverse Myelitis and Acute Disseminated Encephalomyelitis. She soon lost the ability to speak, eat, walk and move. She slipped into a vegetative state in which doctors had written her off as a lost cause. Arlen spent nearly four years “locked” inside her own body, completely aware of what was going on but unable to move or communicate. Doctors believed there was little hope of survival and recovery was unlikely, but Arlen was not ready to give up. In 2010, after almost four years, she began the nearly impossible fight back to life, learning how to speak, eat and move all over again.

During her recovery, she became an accomplished motivational speaker, actress, model and competitive swimmer. In early 2012, Arlen qualified to compete in the 2012 London Paralympic Games, winning a gold medal in the 100-meter freestyle event in a new world record time along with three silver medals in the 50-meter, 400-meter and the 4×100-meter freestyle relay. In addition, Arlen has also broken several other World, American and Pan American Records.

In the Spring of 2016, Arlen defied odds yet again and after spending nearly a decade in a wheelchair paralyzed from the waist down, she was able to learn how take one step after another and eventually learn how to walk again. Within a year and a half in the Fall of 2017, she learned to dance as a contestant on ABC’s Dancing With the Stars, advancing to the final five before being eliminated.

Arlen is carrying out her dream of helping others, serving as the Founder and Co-Chair of Victoria’s Victory Foundation, a nonprofit that assists those with mobility challenges to achieve their own personal victory.

In addition to her work with ESPN, she also is a co-host of American Ninja Warrior Junior.

Born in Boston, Mass., Arlen was raised in Exeter, N.H., and attended Exeter High School. Despite missing five years of schooling, she returned to high school and graduated within three years. 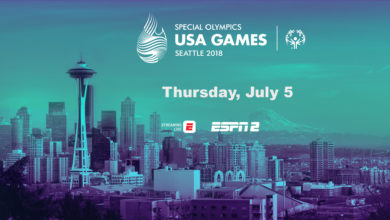