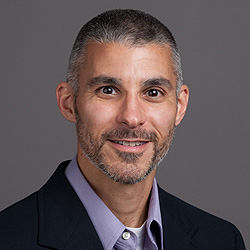 Dean Zirolli was promoted to vice president, controller in December 2016. In this role, he oversees for ESPN the preparation of financial results, control of financial processes, and safeguarding of assets.  In addition, Zirolli leads The Walt Disney Company (TWDC) Controllership centers of excellence responsible for the accounting and billing of advertising sales and affiliate revenue, respectively, as well as the team responsible for the sourcing and procurement functions of the TWDC Media Segment.  He and his team also provide timely support and guidance to ESPN’s operating areas in their pursuit of growth opportunities, efficiency, and increased financial performance.

Zirolli joined ESPN in 1996 as director of accounting before becoming the assistant controller in 2003. He was promoted to vice president, controllership in 2004. Before this, Dean worked as vice president and CFO for Kitchen Sink Entertainment from May 1995 – October 1996. From April 1994 – April 1995, he worked for Bio-Plexus as vice president, accounting and financial reporting, and from June 1987 – April 1994, he was an audit manager for PricewaterhouseCoopers. Zirolli received a bachelor of science degree in accounting from the University of Connecticut.  He is a member of the AICPA and CSCPA.