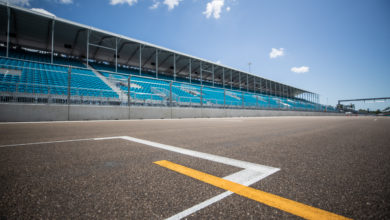 ESPN and Formula 1 agreed to a two-year linear and digital partnership to bring the FIA Formula One World Championship back to its original television home in the United States starting in 2018. In late 2019, the deal was renewed for three more years. In 2022, ESPN and ABC will again televise all races in the championship as well as practice and qualifying sessions. The first Formula 1 race ever aired in the U.S. was on ABC in 1962.

An award-winning team of broadcasters will convey the excitement of F1 to American viewers in 2021 as ESPN, Sky Sports and Formula 1 join forces to bring Sky Sports’ presentation of the championship to the U.S. Sky is a leading entertainment company in Europe, serving 22.5 million customers across five countries – UK, Ireland, Germany, Austria and Italy.

Sky Sports’ comprehensive coverage includes commentary and analysis from a lineup of former world champions and current F1 drivers as well as expert presenters. The agreement for ESPN to air the Sky Sports coverage was arranged by Formula 1, with the approval of ESPN and Sky.