“ESPN’s coverage surrounding the 10th anniversary of September 11 will balance our desire to reflect on the tragic events through a sports prism. Through our news outlets and event coverage, we will do our very best to thoughtfully tell relevant stories with a sports perspective, document how the sports world commemorates this emotional day, and provide the appropriate reaction.” – John Skipper, Executive Vice President, Content

ESPN will commemorate the 10th anniversary of the September 11 terrorist attacks with a combination of features, essays, tributes and live event coverage throughout the day.

Below is a sampling of ESPN’s 9/11-related content plans: 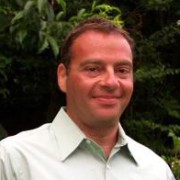 Director of Communications David Scott oversees ESPN PR’s News & Information properties including SportsCenter and Outside the Lines. A former journalist, screenwriter and author, Scott joined ESPN in 2011 and also has oversight of ESPNFrontRow.com, the company’s award-winning public-facing blog.