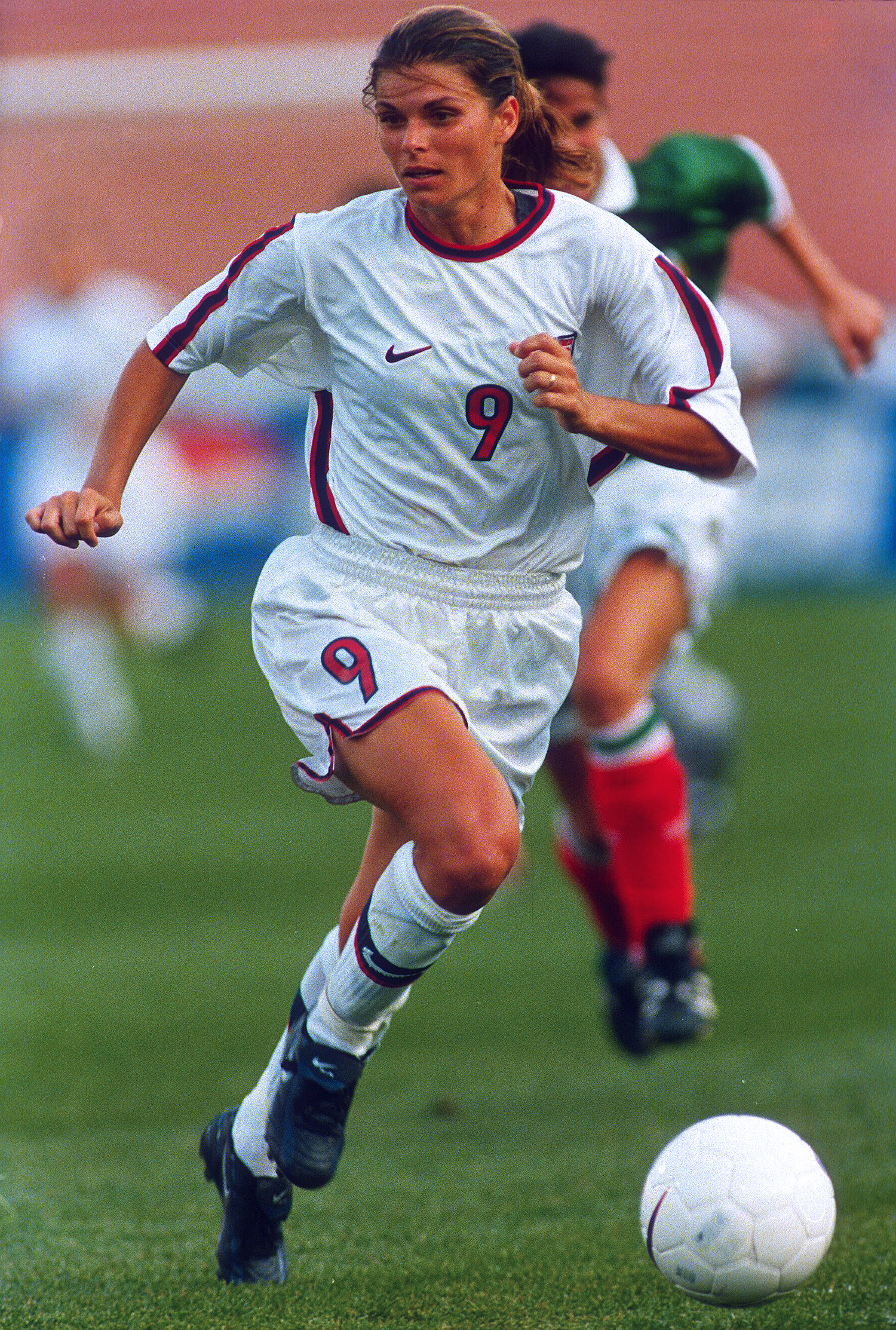 Highly-decorated former U.S. Soccer Women’s National Team star Mia Hamm was voted No. 1 in espnW’s Top 40 Female Athletes of the Past 40 Years, beating out No. 2 Martina Navratilova and No. 3 Jackie Joyner-Kersee. espnW, in conjunction with SportsCenter, over an eight-week timeframe, revealed one athlete per day culminating with Hamm on Friday, June 22. The countdown has been part of ESPN’s companywide multiplatform initiative, The Power of IX, recognizing the 40th anniversary of Title IX, signed June 23, 1972.

The vignettes that aired during SportsCenter were introduced by ESPN’s Hannah Storm, and included footage and/or still action photos, along with video from past or present coaches, teammates or a respected authority from within the women’s sports world. The athletes were unveiled during the 10 a.m. weekday edition for the first six weeks (April 30-June 8), and the top 10 female athletes were revealed during the 11 p.m. weeknight SportsCenter (June 11-22). It was announced this morning on espnW that Hamm was voted No.1 espnW.com provided an in-depth look at every athlete as chosen by an industry-wide blue-ribbon panel and based on athletic achievement. espnW.com has been the digital destination for ESPN’s The Power of IX.

Top 40 Female Athletes of Past 40 Years