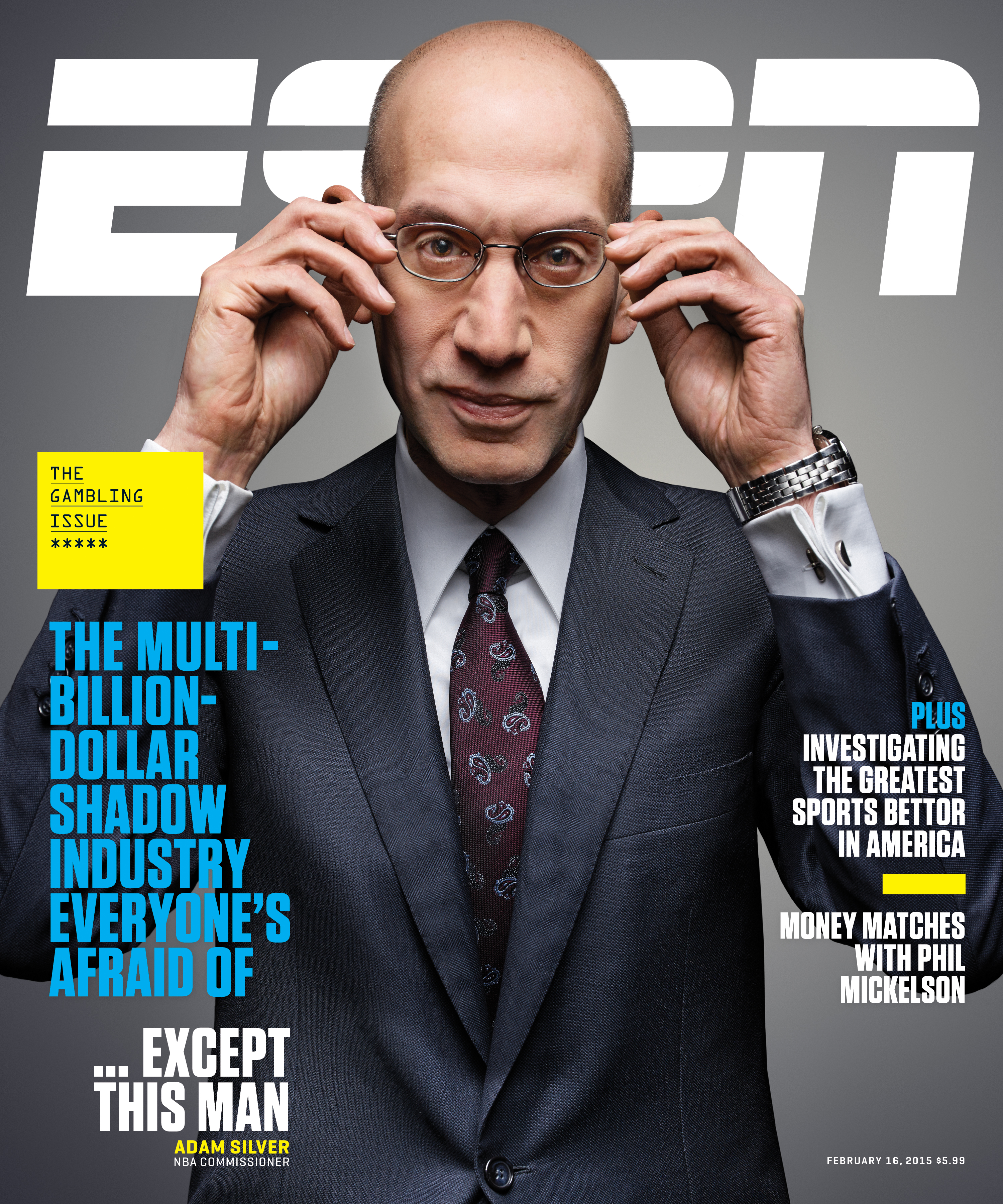 Will sports betting be legal in 50 years? Ten years? Five years? Never? Whatever your answer, there’s no denying the stakes are high.

On the cover:  In “I’m not pro sports gambling. I’m just a realist,”  written by David Purdum, NBA commissioner Adam Silver explains why he has become the unlikely spokesman in the movement to legalize sports gambling.

A Life on the Line

Legitimate sports betting is old news around the world, but outside of Nevada, it’s uncharted territory in the United States. We asked experts to weigh in on the pros and cons of going legal.

Charles Barkley: “The notion that if they legalize it it’s going to become an epidemic is ridiculous.”

Ryan Rodenberg “Leagues will posit that types of data are proprietary and will seek licensing fees from sportsbooks and fantasy operators.”

The Mag anonymously polled NFL, NBA, NHL and MLB pros to get their inside take on sports betting.

Sports betting commands a larger global marketplace than hedge funds and smartphones combined, and The Mag has the numbers to prove it.

From Madness to Insanity

Your March Madness bracket is a drop in the bucket next to the top-secret, high-payout Calcutta pools. By Jeff Ma