ICYMI: For those that missed Tuesday’s show, highlights included:

Among the highlighted coverage today, is:

LIVE streaming coverage in U.S. on WatchESPN and ESPN App
In the U.S. on Thursday, ESPN will stream live coverage from the Slalom events for Snowboarding and Skiing in Schladming, Austria at Hochwurzen Mountain.

PHOTOGRAPHIC COVERAGE
ESPN Images is capturing photos from around the Special Olympics World Games throughout the week, including the below. The full collection of ESPN Images photos from the event, available for use, can be found here: http://bit.ly/2nze2to

NOTE:   All shows will also be simulcast on the ESPN App and WatchESPN

ABOUT SPECIAL OLYMPICS WORLD WINTER GAMES AUSTRIA 2017
Every two years, Special Olympics holds its flagship event, the World Games, demonstrating sports excellence, which promotes equality, respect and inclusion for people with intellectual disabilities around the world. Transcending the boundaries of geography, nationality, political philosophy, gender, age, culture and religion, the world will come together to celebrate inclusion around the 2017 Special Olympics World Winter Games in Graz, Schladming-Rohrmoos and Ramsau, Austria 14 March – 25 March 2017. More than 2,700 athletes and 1,000 coaches representing 107 countries, along with 10,000 volunteers and thousands more spectators, will participate in and watch exciting sports and community events. This is the second time Austria has hosted the World Winter Games, having also staged the event in 1993. Sports featured are Alpine Skiing, Cross Country Skiing, Figure Skating, Speed Skating, Floor Hockey, Floorball, Snowboarding, Snowshoeing, and Stick Shooting. For more information on the 2017 Special Olympics World Games, including volunteer and sponsorship opportunities, visit www.austria2017.org and on social on Facebook, and Twitter.

Earlier this year, ESPN and Special Olympics committed to continuing their alliance to use the power of sports to promote social inclusion and acceptance by reaching two agreements:  an extension, and expansion, of ESPN’s Global Presenting Sponsorship of Special Olympics Unified Sports® and a new, three-year global programming agreement.

The new $1.5 million grant supports Special Olympics Unified Sports, as well as other initiatives, and extends and expands a role ESPN has held since 2013. Dedicated to promoting social inclusion through shared sports training and competition experiences, Special Olympics Unified Sports joins people with and without intellectual disabilities on the same team. It was inspired by a simple principle: training together and playing together is a quick path to friendship and understanding. With support from ESPN and others, Special Olympics has grown this innovative and inclusive program to more than 1.2 million participants. As part of the continued support of Unified Sports, ESPN will invest in Special Olympics’ goal to build Unified Sports programming and resources in 10,000 schools by 2020 and ensuring 100,000 coaches receive new/renewed sports certifications by 2020. 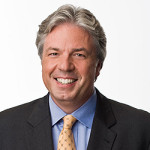