In a year unlike any other, college football fans around the country went the extra mile to support their teams and keep traditions alive this season. As a show of appreciation, ESPN searched for some of the most passionate fans and rewarded them for their dedication and fandom.

“We always knew the passion of college football fans was strong, but this season really showed how deep it runs,” said Emeka Ofodile, Vice President of Sports Marketing, ESPN. “No matter the circumstance, the fans showed up to support their team and to support college football. It is something worth celebrating and showing appreciation for how much fans bring to this game.”

ESPN crowd-sourced social media to identify 140 of the biggest fans this season – including top engagers on social, College GameDay virtual fans, and fans that went about and beyond – and sent each of them a premium gift box to thank them for their support. Headphones, cameras, and baseball caps were among the many swag items that were delivered to fans as a message of gratitude to all those who helped tell the story of the College Football Playoff this year.

Highlights and reaction from the campaign – including fans that shared their personal “unboxing” photos – can be viewed here.

ESPN also released a new creative spot last night prior to the College Football Playoff National Championship thanking the college football community for coming together despite all the odds this season. The 30-second spot can be viewed here. 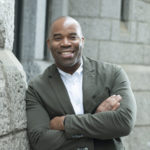