The 2022 Emirates FA Cup Final pits Nicol’s and Burley’s respective teams – Liverpool FC vs. Chelsea FC – in their fourth and penultimate matchup in the season. Their three previous games ended in ties, highlighted by the Carabao Cup Final on February 27, a pulsating 11-10 penalty shootout victory for Liverpool following a 0-0 score in regulation.
For more on ESPNPlus’ exclusive English and Spanish-language coverage of the FA Cup Final, click here. On Sunday, soccer fans will be able to catch all the LaLiga action on ESPN+ with 9 matches being played at 1:30 p.m. ET and with only one more match day left (May 22) in the season. A special edition of GoalZone streaming on ESPN+ in English and Spanish will offer look-ins, analysis and live goal updates on all games including those with relegation implications.

BUNDESLIGA
The Bundesliga season concludes this Saturday with all matches starting at 9:25 a.m. ET on ESPN+. The duel between Arminia Bielefeld and Tyler Adams and RB Leipzig will be available on ESPN, ESPN+ and ESPN Deportes in English and Spanish. 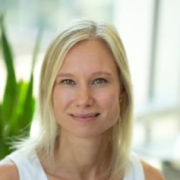