As ESPN’s NFL Nation gears up to cover all 32 teams for the 2022 NFL season, fans will see two new reporters, writers covering different teams and many members of the crew returning. This will be the 10th consecutive season where NFL Nation reporters are stationed in every market.

Joining the ranks of NFL Nation for the upcoming season are DJ Bien-Aime, covering the Houston Texans, and Stephen Holder, the Indianapolis Colts. Bien-Aime, who started his career as a high school and college sports reporter in Florida, was most recently the New York Jets beat writer for the New York Daily News. Holder, an NFL reporter for nearly 18 years, spent the last nine years covering the Colts for the Indianapolis Star and The Athletic.

Four current NFL Nation reporters have new beats for the upcoming season. Sarah Barshop, who formerly covered the Houston Texans, will move to the Los Angeles Rams. Lindsey Thiry, who spent the last six seasons covering the Rams, will cover the Los Angeles Chargers. After spending five seasons covering the Vikings, Courtney Cronin will return to her home state of Illinois to cover the Chicago Bears. Kevin Seifert will continue to cover the wider football ecosystem while adding the Vikings.

More information about each of these reporters can be found below.

“We are pleased to welcome DJ and Stephen, two established NFL reporters, to the fold,” ESPN NFL senior deputy editor Heather Burns said. “They will continue that work at ESPN, breaking news and delivering compelling storytelling across our platforms.

“They will add to the depth and breadth of our already robust NFL team of reporters. We are proud of what we have built with our NFL Nation staff, who do a tremendous job providing fans with insights to their favorite teams, players, and the entire league throughout the year.”

Established ahead of the 2013 NFL season and housed on ESPN.com, NFL Nation is the go-to spot for up-to-date news on all 32 teams. NFL Nation reporters provide news and analysis year-round across ESPN.com, ESPN television shows, ESPN Radio, ESPN+ and social media platforms.

The 2022 NFL Nation assignments are as follows:

New Duo Set to Complete NFL Nation Group
As one of the newest members of NFL Nation, DJ Bien-Aime, will move to the AFC South to cover the Houston Texans. Prior to joining ESPN, Bien-Aime reported on some of the Jets’ most high profile players and coaches, while serving as the Jets beat writer for the New York Daily News. Bien-Aime started his career by covering high school and NCAA Division II sports in St. Augustine, Fla., for the St. Augustine Record as a sports enterprise reporter. A native of Miami, Bien-Aime was a scholarship track athlete at the University of Louisville after spending three years in junior college. He earned a Master’s degree in journalism at the Columbia University. Bien-Aime is a member of the Pro Football Writers Association (PFWA).

Stephen Holder will continue to work in the Indianapolis market, where he has covered the Colts since 2013, becoming the NFL Nation Indianapolis Colts beat writer. Holder has covered the NFL since 2005, most recently serving as a senior NFL writer at The Athletic. Prior to The Athletic, Holder worked at the Indianapolis Star, Tampa Bay Times and Miami Herald, covering events ranging from high school sports and college football to seven Super Bowls and documenting the careers of sports personalities from Pat Riley to Andrew Luck. A native of Miami, Holder received a degree in journalism and political science from the University of Miami. Holder is the Indianapolis chapter president for the Pro Football Writers Association (PFWA).

After five seasons covering the Minnesota Vikings, Courtney Cronin will remain in the NFC North to cover the Chicago Bears. Cronin will continue to appear on ESPN’s flagship radio and television shows including, SportsCenter and Around the Horn. A native of Glenview, Ill., Cronin graduated with degrees in journalism and Spanish from Indiana University.

Kevin Seifert will add to his duties by covering the Minnesota Vikings for the 2022 season. A graduate of the University of Virginia, Seifert will continue to report on officiating, rules, player health and alternative leagues, among other areas. He’ll also appear regularly on KFAN 100.3 the Twin Cities.

After spending six seasons covering the Los Angeles Rams, Lindsey Thiry will travel across town to assume the role of Los Angeles Chargers beat writer. A native of Seattle, Thiry previously worked for the Los Angeles Times, covering the Rams, Dodgers, Lakers, USC and UCLA. Thiry graduated from the University of Washington where she was a member of the Huskies women’s volleyball team which won a national title in 2005.

Year-round NFL Content on ESPN+
In addition to NFL Nation, ESPN+ continues to be a hub for year-round NFL editorial content produced by ESPN analysts and Insiders along with NFL Nation reporters, on occasion. Ahead of the beginning of training camp, NFL content available exclusively on ESPN+ includes: 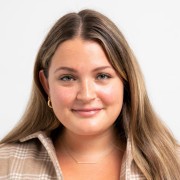