After racing around the world in a season that began in March, Formula 1 is in the United States this weekend for the second and final time this year. ABC will have a live telecast of the Formula 1 Aramco United States Grand Prix on Sunday, Oct. 23, with coverage from Circuit of the Americas in Austin, Texas, beginning at 1:30 p.m. ET. The race starts at 3 p.m.

ESPN will surround the race telecast with programming and content across platforms including the on-site presence of SportsCenter along with social media and digital content that will include a live preview show on race day and a golf ball driving contest between F1 drivers and players from the PGA TOUR and LPGA.

In addition to the race, qualifying and all three practice sessions will air on ESPN networks on Friday and Saturday with streaming of all sessions and the race on the ESPN App. The race and qualifying telecasts will air commercial-free with sponsorship from Mothers Polish.

With the race being in her home country, former IndyCar and NASCAR star Danica Patrick will once again be joining the award-winning Sky Sports F1 commentary team as an analyst. ESPN and F1 have been bringing Sky’s coverage to American viewers since F1 returned to ESPN networks in 2018.

ESPN’s multiplatform coverage of the U.S. Grand Prix will include:

Race day coverage will begin at 1:30 p.m. with the Grand Prix Sunday pre-race show, with the race start at 3 p.m. The race also will air in Spanish on ESPN Deportes with coverage beginning at 2 p.m.

F1 races this season are averaging 1.2 million viewers across ABC, ESPN and ESPN2, on pace to break the U.S. season viewership average record of 949,000 that was set last year. Last year’s the race telecast of the U.S. Grand Prix on ABC attracted an average audience of 1.4 million viewers.

All programs also will stream on the ESPN App.

(Photo courtesy Circuit of the Americas) 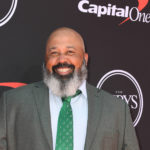