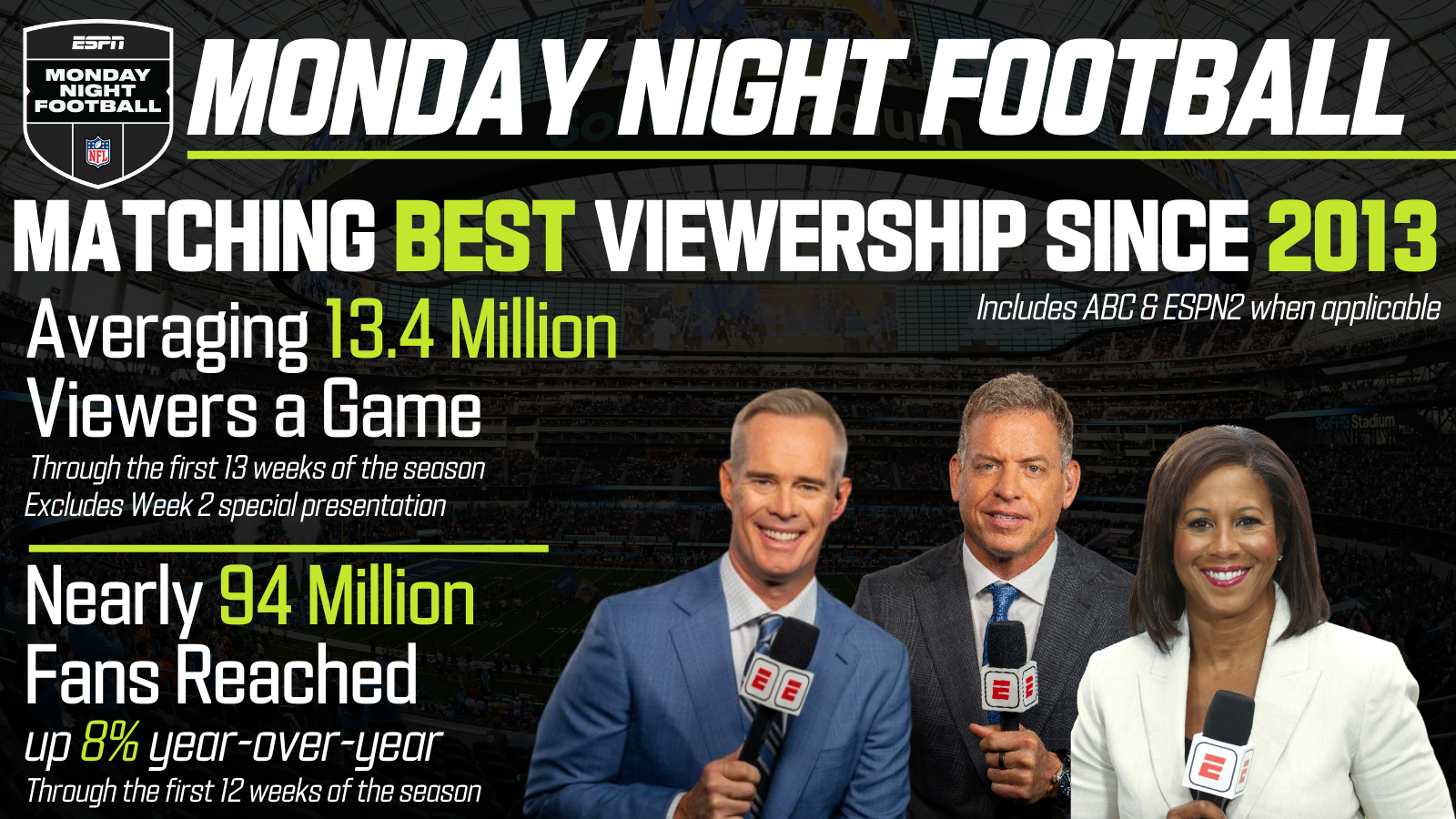 Through 13 weeks, ESPN’s Monday Night Football is matching the franchise’s best viewership since 2013 as MNF heads into the final stretch of the season in Joe Buck and Troy Aikman’s debut year. Monday Night Football is averaging 13.4 million viewers a game, matching the 2021 viewership at the same point of the season and up more than 6% from each season dating back to 2016.

In totality, 94 million fans have watched Monday Night Football this season through 12 weeks, up 8% from the first 12 weeks in 2021. Note: Reach metric only available through 12 weeks.

In Week 2, which is not included in the above season-to-date viewership, Monday Night Football featured two games with staggered kickoffs (7:15 p.m. and 8:30 p.m. ET). During that special presentation, which will become a staple of Monday Night Football beginning next season, Disney platforms averaged 20.6 million viewers when Tennessee-Buffalo and Minnesota-Philadelphia were shown simultaneously during a two-hour period (8:30 – 10:30 p.m.).

Note: Season-to-date averages includes ESPN, as well as ESPN2 and ABC where applicable.

Bills-Bengals Among Multiple Playoff Contenders Remaining on Slate
Monday Night Football’s final traditional game will feature Buffalo at Cincinnati in a matchup of AFC contenders on January 2. Leading up to Bills-Bengals, MNF will host New England at Arizona (December 12) and Los Angeles Chargers at Indianapolis (December 26) in matchups that will help shape the AFC Playoff Picture. Aaron Rodgers and the Packers also host the Rams from historic Lambeau Field (December 19). ESPN and ABC feature a Saturday doubleheader in Week 18 and conclude the season with the Monday Night Super Wild Card game (January 16).