Alex Loeb joined Longhorn Network in August 2015. Among his responsibilities at LHN, he hosts Longhorn Extra: Upon Further Review, the network’s Monday evening football show providing a comprehensive breakdown of the previous Saturday’s game. He also handles play-by-play for many of the network’s 175 live events, a role he is familiar with after contributing to LHN softball games for the network in the past.

Prior to joining LHN, Loeb hosted a daytime sports show on The Horn 104.9 for two years in Austin, Texas. Previously, Loeb had spent four years as a commentator at ESPN (Bristol, Conn. studios), working on numerous shows and platforms. He was also an anchor at WPLG (ABC) in Miami and the Sports Director at KSAN (NBC) in San Angelo, Texas.

Loeb was graduated from University of Miami with a degree in broadcast journalism. He is originally from the Washington D.C. area. 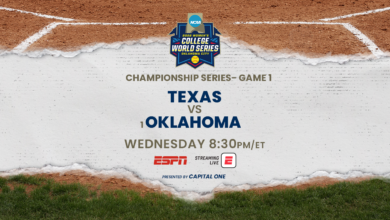