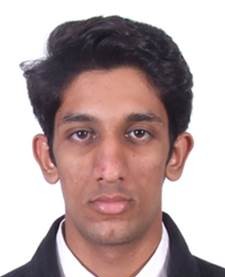 Arya Yuyutsu is a multimedia journalist specialising in cricket.  He will connect with fans’ experiences during the 2015 ICC Cricket World Cup through his roving ‘On The Road’ segment. This series of ESPNcricinfo news reports, interviews and video features acts as a video diary.  It will capture his journey on tour and his experiences of various cultural elements in that setting – as well include as match reports and other game-based analyses.

He shoots, edits and produces this content for ESPN, giving fans around the world a true flavour of the countries he visits and the passion that these people and places have for the sport.

Prior to his role at ESPN, Yuyutsu worked as a multimedia journalist at ESPNcricinfo’s Bangalore office. This was preceded by a position as a senior sports copywriter for Zee News in Delhi from October 2012 to March 2013 as well as a stint at Trades Recognition Australia (TRA) in London, England, covering the 2012 Olympic Games as a producer. Yuytsu, who dubs himself a ‘compulsive tweeter,’ also worked in radio as a European news reporter for Euranet Radio (via ALL FM) in Manchester, England, prior to his work at the London Games.

Yuyutsu studied at the University of Sheffield and graduated with an MA in Broadcast Journalism. He resides in Pondicherry, India. Some of his hobbies and interests include stand-up comedy – for which he won ‘Best International Performer’ for his University’s Improvised Comedy Troupe in 2011 – as well as theatre, musicals, poetry and soccer.