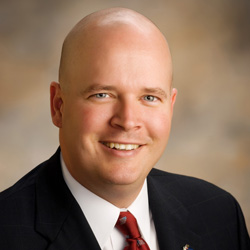 Brant Ringler was named the executive director of the Lockheed Martin Armed Forces Bowl, an ESPN Events owned and operated game, in June 2009, and added the SERVPRO First Responder Bowl to his responsibilities in 2013. Ringler originally joined the staff in November 2004 as manager of sales and marketing. He is one of the original members which created the Armed Forces theme and has been instrumental in securing title sponsors for the games each year.

Once featured in the Fort Worth Business Press’ “40 under 40,” which spotlights 40 of the area’s best and brightest under the age of 40.  Ringler joined the Fort Worth-based bowl after four seasons as the Vice President of Sales and Marketing for the Fort Worth Cats professional baseball team.  The team was named the 2002 and 2003 Central Baseball League’s Organization of the Year.

Ringler started his sports marketing career as a Sales Manager (1994-1998) with the former San Diego Padres baseball affiliate the Rancho Cucamonga Quakes (Advance Class-A Minor League Baseball Organization of the Year in 1995).  He went on to work as a corporate sales executive for the Los Angeles Dodgers and following the Fox and Anshutz Group merger with Envision of California, his sales stable in Los Angeles grew to include the MLB Dodgers, MLS Galaxy, NHL Kings and Staples Center events.

A 1993 graduate of the University of Texas at Arlington, Ringler graduated with a bachelor’s degree in communications.  He currently serves on the board of the Davey O’Brien Foundation and Fort Worth Convention & Visitors Bureau.