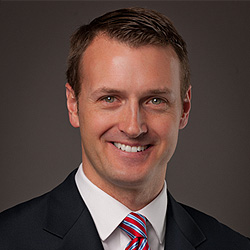 Breen is also in charge of distribution for TWDC’s digital platform licensing, including direct-to-consumer products – ESPN+ and Disney+, and ESPN Audio and ESPN Syndication sales. He has oversight of five distribution teams based in New York, Los Angeles and Connecticut.

During his tenure, Breen has led renewal negotiations with traditional distributors including AT&T-DIRECTV, Comcast, Charter, DISH, Verizon, Cox, Altice and Suddenlink, and secured network distribution on live streaming subscription services like Sling TV, DIRECTV NOW, Hulu, and YouTube TV. He also oversees content distribution agreements across social platforms including Facebook, Instagram, Twitter and Snapchat as well as with streaming devices from Apple, Amazon, Google, Microsoft, Roku, Samsung and Sony. Additionally, Breen and his team are responsible for securing distribution for ESPN’s college networks. Under his direction, SEC Network was the most successful network launch in cable history when it debuted in 2014.

Breen began his career with TWDC in 2000 as part of ESPN’s Affiliate Sales and Marketing group, where he served as senior account executive. He advanced through the organization to vice president, field sales in 2004. In 2006, Breen added distribution and marketing for ESPN Audio among his responsibilities, and was elevated to senior vice president of Disney and ESPN’s field sales team in 2007. He was promoted to oversee Disney and ESPN Media Networks’ combined national accounts and field sales teams in 2013, and added oversight of the Digital Video Distribution team in 2015.

Breen resides in Connecticut with his wife and children. He received his Bachelor of Arts degree in Communications from Regis University in 1994.