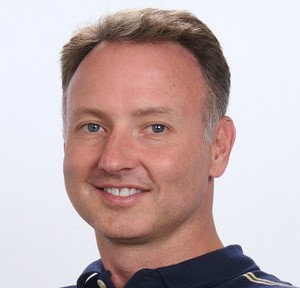 Brian Burke, founder of the popular website AdvancedFootballAnalytics and one of the leading voices in NFL Analytics, joined ESPN as a senior analytics specialist in June 2015. As a member of the Stats & Information Group’s (SIG) Analytics Team, Burke is expanding upon his previous work to ensure ESPN has the best-in-class football analytics. His years of experience are also helping ESPN develop analytic tools in other sports.

Burke founded advancedfootballanalytics.com in 2007. The site includes tools such as in-game win probability graphics, 4th-down calculator, win probability calculator, NFL Draft Prediction model, and more. In addition to being the site’s primary writer, Burke has contributed to The New York Times, The Washington Post, Slate and other outlets. A regular speaker at the MIT Sloan Sports Analytics Conference, he also previously worked as an analytics consultant for multiple NFL teams and supplied statistics and analytics insights to NBC Sports and ESPN The Magazine.

Before entering the world of sports analytics, Burke had a distinguished career as an officer and aviator with the United States Navy. Much of those 15 years were spent as an F/A-18 carrier pilot. He flew numerous combat missions and was awarded the Air Medal, the Navy Commendation Medal, and numerous other personal and unit commendations.

Originally from Baltimore, Md., Burke graduated from the U.S. Naval Academy with the Class of 1993. He attended the Naval Postgraduate School and returned to Annapolis as an instructor. After serving in the Navy, Burke worked for a defense contractor, serving as a strategy and tactics expert and then as a business unit director before launching Advanced Football Analytics. He recently completed a masters degree in Operations Research from George Mason University.

When not analyzing football and other sports, Burke competes in triathlons. He resides with his family in Reston, Virginia, just outside Washington, D.C.