Chris Doering is a college football analyst for SEC Network, appearing on SEC Now and SEC Football Final. He joined ESPN in August 2015 as a studio analyst after previously contributing to SEC Network+ events and ESPN specials. He signed a multi-year contract extension in summer 2020 and appears on SEC This Morning alongside SEC Network host Peter Burns every Monday and Friday from 7-10 a.m. ET on SEC Network and Sirius XM.

Chris Doering is a Gainesville native who began his football career with the University of Florida as a top performing wide receiver.  He started off as a walk-on player for Steve Spurrier in 1991. Doering set a single-season SEC record completing 17 touchdown catches during the 1995 season.  He made a name for himself by ending his career with 31 touchdown catches. This remains the most in Florida and SEC history.  Doering was a second-team All American and a first-team All-SEC choice in 1995. He helped lead the team to SEC Championships in 1993, 1994 and 1995.

Doering’s time in the NFL started in 1996 when he was picked in the 6th round by the Jacksonville Jaguars. Doering was reunited with his college coach Steve Spurrier and the Washington Redskins for the 2003 season after an Achilles injury with the Denver Broncos. Doering spent a total of 10 seasons in the NFL. Doering’s professional career was completed with 42 receptions for 476 yards and 3 touchdowns.

Doering graduated from the University of Florida in 1996 with Bachelor of Science in Telecommunications and an emphasis on broadcasting. He received the Doug Belden award, given to the most outstanding male student athlete scholar in the graduating class 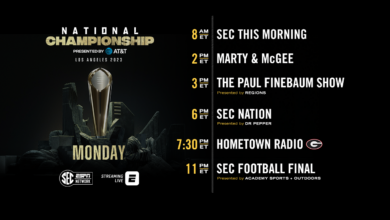