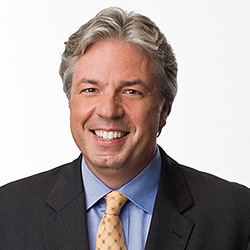 As a reporter and essayist for ESPN, Chris Connelly’s stories appear on Outside the Lines and E:60, as well as College GameDay, SportsCenter, and NFL Sunday Countdown among other shows. Stories that he has reported and written have won numerous Sports Emmys and Edward R. Murrow Awards, as well as Prism, Gracie, and National Headliner Awards

Since 2006, he’s served as correspondent and host for ESPN’s yearly “My Wish” series, done in collaboration with Make-A-Wish America.

He began at ESPN as the host of the interview program Unscripted with Chris Connelly. Since then, he has contributed to the online magazine Grantland, covered red carpet arrivals athletes at the ESPYS, and hosted a number of ESPY preview shows. He’s also served as a consulting producer for ESPN Films’ documentary series 30 for 30 and moderated yearly filmmakers’ panels at the Tribeca/ESPN Sports Film Festival.

For ABC News, Connelly is a contributor for 20/20, where he covers popular culture and other manifestations of the zeitgeist. He also contributes stories (and his purported award-show expertise) to Good Morning America and Nightline. He received a News Emmy as part of 20/20’s coverage of the 2007 California wildfires.

Connelly joined ESPN in September 2001 after more than a dozen years at MTV, where he was a host and interviewer specializing in the movies; later, he was also a correspondent for MTV News. He earned a News Emmy nomination for co-writing Where Were You at 22? — a documentary he hosted about the young lives of the presidential candidates of the 2000 campaign.

A graduate of Amherst College, Connelly began his journalism career in print, initially at Rolling Stone  -– where he wrote the magazine’s first cover stories on Madonna, Tom Cruise, and U2 — and then as an editor and writer for the late but much-beloved movie magazine, Premiere. Born and raised in New York City, he lives in Los Angeles.