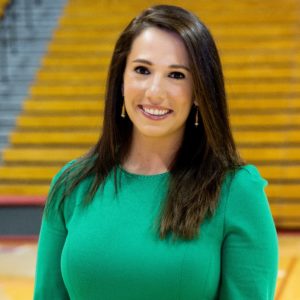 Courtney Cronin is a national award-winning journalist who joined ESPN in August 2017 as the Minnesota Vikings reporter before assuming the role of Chicago Bears NFL Nation reporter in 2022. She delivers news, analysis and insight about the Bears on ESPN.com. She is also a national host on ESPN Radio and makes regular appearances on ESPN television programs, including SportsCenter, First Take and Around the Horn. Cronin appears regularly on ESPN 1000 in Chicago where she delivers news and analysis as the station’s Bears’ insider.

Prior to ESPN, Cronin worked as a multimedia sports reporter for the San Jose Mercury News. During her time in the Bay Area, Cronin covered the Warriors, Raiders, 49ers, Giants, A’s and Sharks, expanding her coverage across a multitude of platforms from the NBA Finals to Colin Kaepernick’s National Anthem protest. From 2013-16, she was a leading voice on football and basketball recruiting throughout the Southeast with The Clarion-Ledger (Miss.), where she also covered SEC football and high school sports as a reporter and editor.

A native of Glenview, Ill., Cronin graduated with degrees in journalism and Spanish from Indiana University.