Dave McMenamin began his career as a NBA reporter for ESPN in 2009, working as a beat writer and television analyst primarily covering the Los Angeles Lakers and Cleveland Cavaliers. He began his career covering the league in 2005 for NBA.com. He played basketball collegiately at the University of Limerick in Ireland and graduated from Syracuse University, where he was a student manager for the 2003 national championship team with Carmelo Anthony. The Philadelphia native is an avid sneaker collector and New York Times bestselling author for the book, “Return of the King: LeBron James, the Cleveland Cavaliers and the Greatest Comeback in NBA History,” co-authored with Brian Windhorst. He has contributed to several ESPN platforms including NBA Today, ESPN the Magazine, The Hoop Collective Podcast, SportsCenter, Outside the Lines and more. 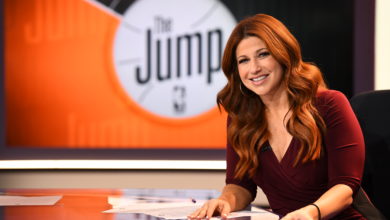 NBA on ESPN this Week: Celtics vs. Lakers on ABC Saturday Primetime