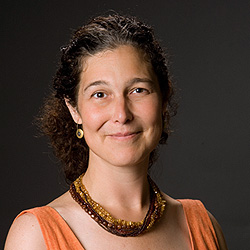 Nell DeVane was named ESPN’s chief counsel, effective January 2022, after more than 20 years of experience in the legal department across two stints.  She had served as a deputy chief counsel since 2012 and over the years has performed legal work for virtually every area of ESPN.

As a member of the senior leadership team – reporting to Jimmy Pitaro, Chairman, ESPN and Sports Content, as well as the General Counsel of The Walt Disney Company – DeVane leads the legal work in support of the ESPN and Sports Content group which acquires and produces ESPN’s live sports programming, as well as sports news and original and non-scripted sports-related content for The Walt Disney Company’s cable channels, the ESPN+ streaming service and ABC.

“Nell is an optimistic, solution-oriented executive who brings a keen legal mind, proven track record and sharp business acumen to this critical role,” said Pitaro in making the announcement.  “We are confident she will succeed because of her exceptional abilities and the respect she has earned from our leadership team.”

As Chief Counsel, DeVane is responsible for all legal functions and government relations and provides legal expertise and guidance across the organization.  Her wealth of experience across legal disciplines, including intellectual property law, rights acquisitions, multi-platform distribution, newsgathering, advertising, marketing, digital and social media, regulatory and corporate governance, perfectly positions her for the role.

DeVane originally joined ESPN in 1997 as assistant counsel after four years with Wiggin & Dana in New Haven, Conn., as an associate.  In 1999, she left to be a senior associate with the Connecticut firm of Tyler, Cooper & Alcorn.  She returned to ESPN a year later as assistant general counsel and in 2005 was promoted to associate general counsel.