Eric Mac Lain joined ACC Network in 2019 and is a studio analyst on The Huddle, ACCN’s signature football show that airs Friday evenings and Saturday mornings throughout the fall. Mac Lain also appears on studio shows across ESPN networks throughout the college football season.

A Hope Mill, N.C., native, Mac Lain played at Clemson 2011-15, where the Tigers captured two conference championships and made a national championship appearance. He obtained the most wins (46) by a single player in Clemson history, while earning Strength and Conditioning All America honors. As a student, Mac Lain was an All-ACC Academic Football Team selection and was graduated with a bachelor’s in health science (2015) and a master’s in athletic leadership and administration (2017). He will be joining ACCN from JMI Sports where he has worked on multimedia sponsorship rights for Clemson athletics. 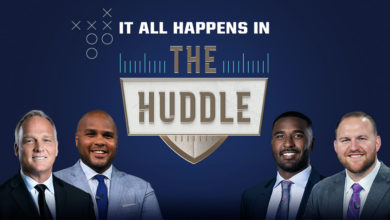