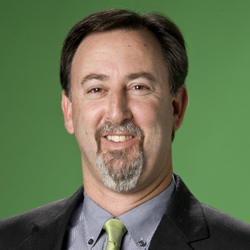 Mark Fainaru-Wada is a member of ESPN’s Investigative unit.

He is the co-author of two New York Times best-sellers, “League of Denial: The NFL, Concussions and the Battle for Truth” (2013, Crown Archetype), and “Game of Shadows: Barry Bonds, BALCO, and the Steroids Scandal That Rocked Professional Sports” (2013, Gotham). “League of Denial,” written with Fainaru-Wada’s brother/colleague Steve Fainaru, won the 2014 PEN Award for Literary Sports Writing. The brothers, who reported dozens of exclusive stories on the topic for ESPN, also served as reporters and writers on a companion documentary for PBS’s award-winning program “Frontline.” The documentary earned the prestigious George Polk and Peabody awards.

More recently, Fainaru-Wada, investigative reporter Mike Kessler and producer Greg Amante revealed the story of a track coach who allegedly had been molesting dozens of boys and young men over the past five decades. The reporting led to the coach’s arrest in two separate jurisdictions.

Fainaru-Wada’s additional work at ESPN has included: A story exposing abuses by coaches at NBA-run training academies in China; the inside story of how NBC’s Bob Costas went from broadcast icon to being yanked as host of the 2018 Super Bowl; an examination of how Russia exerted influence on FIFA in the lead-up to the 2018 World Cup; an investigation into a domestic violence case against women’s soccer superstar Hope Solo; and a dissection of the NFL’s inconsistent record on punishing players accused of domestic abuse.

At the San Francisco Chronicle, Fainaru-Wada and colleague Lance Williams earned a string of national honors in 2004 and 2005 for their coverage of the BALCO steroids scandal. In March 2006, Fainaru-Wada and Williams published “Game of Shadows.” The book became a New York Times bestseller and prompted Major League Baseball to investigate steroid use in its sport.

In May 2006, Fainaru-Wada and Williams were issued subpoenas to testify before a grand jury investigating the source(s) of some of the information they published in The Chronicle and their book. The reporters vowed not to reveal their sources and were sentenced to up to 18 months in prison; the government dropped the subpoenas while the case was on appeal.

Fainaru-Wada is a graduate of Northwestern’s Medill School of Journalism.