Craig Haubert is an analyst for ESPNU and a recruiting coordinator for ESPN Recruiting (formerly Scouts Inc.). He joined Scouts Inc. in 2005 and came on board with ESPN officially in 2006.

As recruiting coordinator, Haubert issues written player evaluations; scouts games, combines and camps; assembles the ESPN 300 rankings, as well as the position and class rankings; and writes articles on player commitments. He is also a recruiting analyst and serves as a game analyst for ESPN’s high school football coverage.

Haubert has more than a decade of assistant coaching experience that includes time at Tarleton State University, University of Nebraska-Omaha, and Hutchinson Community College. He also spent five years working in the Arena Football League.

A native of Long Island, Haubert graduated from Indiana University in 1996 with a bachelor’s in sports marketing & management. He received a master’s in exercise science degree in 2002 from Nebraska-Omaha. Prior to Indiana, Haubert played offensive guard for Nassau Community College. 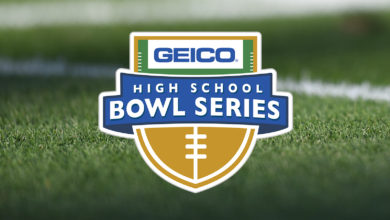