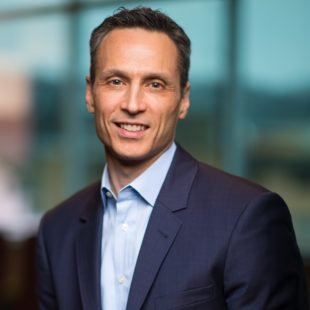 James Pitaro was named Chairman, ESPN and Sports Content on October 12, 2020, as part of The Walt Disney Company’s strategic reorganization of its media and entertainment businesses.  His focus is the entirety of Disney/ESPN’s multimedia offerings – including live sports programming, sports news and original and non-scripted sports-related content, audio, digital and social endeavors – plus all sports-related content for Disney’s cable channels, ESPN+, and ABC.

He was named ESPN president and co-chair, Disney Media Networks, on March 5, 2018, after serving eight years as a top Disney executive.  In making the announcement, Bob Iger, then The Walt Disney Company chairman and chief executive officer, said, “Jimmy’s appointment was the result of more than 20 years spent at the intersection of technology, sports and media.”

Pitaro’s record of success leading businesses focused on consumer products, digital initiatives and sports made him the quintessential selection for ESPN at a pivotal point in its then 38-year history: a time of unprecedented technological advancements and rapidly changing consumer habits.

Since Pitaro was named ESPN’s leader, his collaborative leadership style has led to impressive employee engagement and results, clearly evident in ESPN’s performance during the pandemic and social justice movement in 2020 and continuing today.

During the pandemic, the innovative and hard-working culture of ESPN led to:  moving up “The Last Dance,” which shattered ESPN records for documentary viewership and won the Primetime Emmy Award for Outstanding Documentary or Nonfiction Series; a ground-breaking collaboration with the NFL for a totally virtual NFL Draft telecast; critical contributions to the NBA bubble at Walt Disney World in Orlando; the successful presentation of Major League Baseball’s “Fall Frenzy;” and many other accomplishments in event and news programming.

Also, ESPN continues to further strengthen its hold as the sports leader on digital and social platforms, standing as No. 1 among U.S. digital sports properties; the ESPN App is the clear No. 1 U.S. sports app;  and ESPN Social remains the No. 1 sports media publisher.  In 2022, ESPN’s YouTube channel eclipsed 10 billion views, and ESPN is the third most popular of any brand on TikTok, with 25 million followers.

From February 2016 through March 2018, Pitaro had served as chairman of Disney’s consumer products and interactive media division, the world’s largest licenser of consumer products. Among his many responsibilities, he oversaw the creation of branded digital and physical products, including a robust digital game slate. He and his team brought to life the characters and stories of four iconic brands – Disney, Pixar, Star Wars and Marvel – across toys, apparel, home goods, the world’s largest children’s publisher, hundreds of Disney store locations worldwide, the e-commerce destination ShopDisney, and the Disney Digital Network of social and digital channels that reach one out of every three U.S. social media accounts.

Pitaro originally joined The Walt Disney Company in 2010 as co-president, Disney Interactive, where he successfully led the turnaround of the digital media and gaming division.

Pitaro came to Disney from Yahoo, where he rose to head of media.  He was in charge of, and set, strategy and executed growth-driving initiatives for, Yahoo’s media properties, including Yahoo Sports and Yahoo Music. In 2009, he was named to Sports Business Journal’s “Forty Under 40” annual list of top achievers in sports for his dynamic leadership and “breathless flurry of market-moving pacts” with major sports rightsholders and media companies.

Since joining ESPN, Pitaro was honored as 2018’s Multichannel News Sports Executive of the Year.  Sports Business Journal named him Sports Executive of the Year for 2019-20, citing that the biggest company in sports media continued to grow, highlighting the expansion of its linear footprint with ACC Network, growth from ESPN+, moving further into the sports betting space and continued aggressive moves in the digital and social arenas, which saw significant growth.

He serves on a variety of industry and charitable boards, including the NCTA, the Paley Center for Media, The V Foundation, The National Football Foundation and College Football Hall of Fame, Pacer and CoachArt. Pitaro also serves as Co-Committee Chair of the March of Dimes, and is a Board Observer at Draft Kings. In October 2022, he will serve as Honorary Chair of NAMIC’s 36th Annual Conference. He is a member of the Cornell Athletic Alumni Advisory Committee.

Pitaro earned a bachelor of science degree in economics in 1991 from Cornell University. He earned his Juris Doctor from St. John’s Law School in 1994.  After practicing law in New York for five years, he was named head of business affairs for Launch.com in 1999 before joining Yahoo. 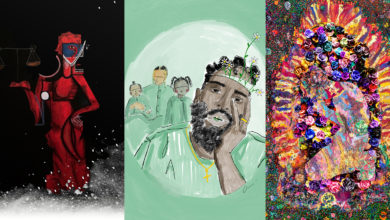