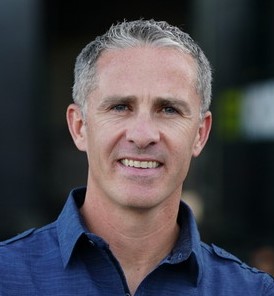 Jimmy Platt is the director of Monday Night Football and other top ESPN events. He has worked a variety of high-profile sports, including college football, men’s and women’s college basketball, Major League Baseball and lacrosse. He began as a freelancer in 2005 and has been a full-time employee since 2010.

Platt was promoted to his Monday Night Football director role in June 2019. He made his debut in the coveted position during the 50th season of sports television’s signature series.

Platt has directed football since he joined ESPN full-time in 2010. He started with SEC Primetime games on ESPNU before moving onto the ESPN2 primetime crew in 2011, doing mostly SEC matchups. Platt continued in that role through the 2014 season, culminating in the opportunity to direct the Peach Bowl, the first of the New Year’s Six bowls. Since 2015, Platt has directed college football games on ESPN and ABC, including five New Year’s Six bowls – the Peach Bowl (twice), Cotton Bowl (twice) and Sugar Bowl.

Platt has been a director since 2008 when he was offered the opportunity to work high school football for ESPN. That same year, he transitioned to college basketball and lacrosse. He began working for ESPN in 2005 as a freelance technical director.

Prior to ESPN, Platt was a freelance technical director from 1999-2010. He worked all the local Washington, D.C. and Baltimore games and did an NFL on Fox football package for four years. He also covered three Olympics for NBC (Athens, Tornio, and Beijing), earning a Sports Emmy Award in Technical Achievement for the 2008 Beijing Olympics.

After graduating from college, Platt began working in the Washington/Baltimore market for Home Team Sports (HTS) as a clock and score operator, then as a technical director.

Platt’s first television experience was in college as an intern at WDVM, the local NBC station in Hagerstown, Md. After a month, he was hired on a part-time basis, and after just six months he was promoted to Morning Director of the 6 a.m. newscast. Soon thereafter, he was promoted again to Evening Supervisor where he directed the nightly news and hired and scheduled the production staff.

A native of Inwood, West Virginia, Platt graduated from Shepard College in Shepherdstown, WVa. He majored in Communications with a minor in Coaching.

Platt, lives just outside of Annapolis, Md., with his wife, Jenn, and their four children.