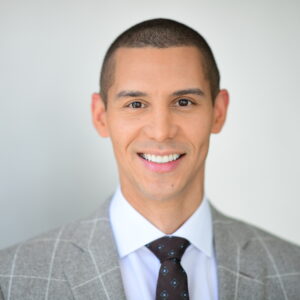 John Schriffen joined ESPN in August 2020 to call the platform’s coverage of the KBO (Korea Baseball Organization). He is now heard as a play-by-play voice across ESPN’s coverage of college football, basketball, softball and baseball, NBA G-league and Summer League and MLB. Schriffen also hosts ESPN’s presentation of the NBA Draft Combine.

Prior to ESPN, Schriffen provided news updates & anchored breaking news coverage for NFL Network as host of the network’s daily news program Up to the Minute. He also served as a fill-in host for NFL Total Access & provided live look-ins for NFL games across the country on NFL Gameday Live.

From 2012-14, Schriffen was a New York-based correspondent for ABC News where he reported across all of ABC’s platforms including Good Morning America and Nightline. He also spent several years at NBC4 in Washington, D.C. where he covered the White House and Capitol Hill, among other assignments.

In 2010, Schriffen began his broadcasting career as a sports anchor and reporter for News 12 in the Bronx, N.Y. A graduate of Dartmouth college, Schriffen was a pitcher on the baseball team his freshman year, then serving as the voice of Dartmouth athletics calling baseball, basketball and hockey games on the school’s radio network.