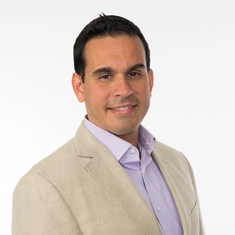 Jorge Sedano hosts The Sedano Show on ESPNLA 710 weekday evenings from 6:30 p.m. – 9 p.m. PT.  The show debuted on ESPNLA 710 as an afternoon show in September 2018 and moved to evenings in August 2019. Sedano contributes to ESPNLA 710’s Lakers coverage and is a frequent guest on the station’s other talk shows to discuss the NBA. He is also a sideline reporter for ESPN and ABC’s NBA game coverage as well as a regular contributor to the network’s studio shows including NBA Today, Around the Horn and SportsCenter.

Sedano began with ESPNLA 710 in September 2016 as a co-host on Mornings with Keyshawn, Jorge and LZ, alongside former USC and NFL star wide receiver Keyshawn Johnson and writer LZ Granderson.

Sedano joined ESPN in 2013 as the host of Sedano & Stink on ESPN Radio, with Mark Schlereth. Following Schlereth’s departure from ESPN Radio in March 2015, Sedano premiered The Sedano Show nationally. Teaming up with Israel Gutierrez, the show became Jorge & Izzy from February-September 2016 before Sedano’s transition to ESPNLA 710.

Prior to joining ESPN, he served as program director and afternoon host at Sports Radio WQAM in Miami for one year. Sedano also served as studio host for Fox’s Sun Sports telecasts of the Miami Heat in 2012-13.

His television career began in 2010 on CBS 4 WFOR-TV in Miami as a sports anchor which included hosting duties for CBS Sports.  He contributed to ESPN and the NFL Network programming. Sedano’s resume also includes local football play-by-play for Florida International University for two seasons, 2010-11.