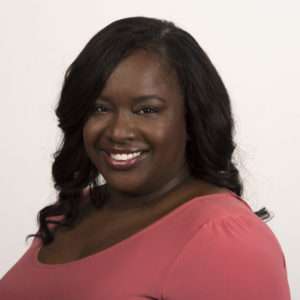 Award-winning entertainment and pop-culture journalist Kelley L. Carter joined ESPN in January 2016 as a senior entertainment writer for The Undefeated, now Andscape a Black media platform dedicated to creating, highlighting, and uplifting the diverse stories of Black identity. Based in Los Angeles, Carter covers film, television, and music for the platform. She is one of the renowned journalists who came on board for the launch of the content initiative in May 2016.

Carter began hosting The Undefeated digital series “Another Act with Kelley Carter” in March 2020, where she gives viewers direct access to some of Hollywood’s biggest stars. She also interviewed creators and stars of the filmed version of the original Broadway production of “Hamilton” in a special program titled Hamilton In-Depth with Kelley Carter, exclusive to Disney+ and The Undefeated on July 3. The roundtable conversation debuted alongside the premiere of Hamilton on Disney+.

Since joining The Undefeated, Carter has served as a special commentator on Oscars Countdown: The Red Carpet LIVE! on ABC since 2019. Some of her critically acclaimed work on the platform includes tributes and appreciations on some of the African American entertainment stars she has covered such as film director John Singleton, multiple Grammy awards winning and hall-of-fame singer Aretha Franklin, and actor and star of “Black Panther’s King T’Challa” – Chadwick Boseman.

Carter joined the Undefeated from Buzzfeed, where she was a senior editor for entertainment from September 2014 to December 2015. Prior to Buzzfeed, she served as entertainment editor at Ebony magazine from 2012-’14 where she helped shape the entertainment and celebrity content for the African American general-interest magazine.

From 2009-2014, Carter worked as a freelance journalist covering travel, music, film, celebrities, and television for print and digital publications such as Ebony, MTV News, Essence, Jet, Uptown, Heart & Soul, Complex, and Vibe magazine. She also covered entertainment for ESPN.com’s Page 2 and espnW from 2010 to 2013. Carter’s expertise on music, film, television, and topical celebrity news has led to appearances on several TV networks – CNN, HLN, E!, Fox News, MSNBC, TV One, the TV Guide Channel, and others.

As USA Today’s celebrity reporter based in Los Angeles (2008-’09), Carter spearheaded the paper’s coverage of Michael Jackson’s death, funeral, and news on the aftermath of his death. She covered film music and television for Chicago Tribune from 2007-’08 and was a music critic and entertainment columnist for Detroit Free Press from 1998-2007.

A native of Detroit, Mich., Carter graduated with a bachelor’s degree from Michigan State University. She is one of the leading entertainment journalists in the country and serves as chair of the NABJ Arts and Entertainment Task Force.

In August 2019, Carter received the special NABJ President’s Award for her contributions to the organization and the craft of journalism.