Quint Kessenich began at ESPN in 1993 covering men’s lacrosse. He currently serves as a lacrosse analyst and college sports reporter, working on football and wrestling.

Kessenich works on television’s most extensive college lacrosse package – featuring regular-season action and the NCAA Division I Men’s Lacrosse Championship, an event he has covered since 1995. He also works as an analyst on Major League Lacrosse games on ESPN2 and ESPN3.

Under his reporting duties, Kessenich covers college football and the NCAA Division I Wrestling Championship.

Since joining the company, his responsibilities expanded to high school football, men’s college basketball and various NCAA championships, including track and field, and soccer. He established the ESPNU Lacrosse Podcast in 2010, and it quickly became the industry leader for lacrosse news. He was also a frequent contributor to ESPNU.com. In addition, he has covered the Kentucky Derby, Preakness and Belmont Stakes for ESPN and ABC.

Kessenich contributes to Inside Lacrosse Magazine, and is actively involved with “First Stick”, a non-profit that introduces urban schools and athletes to the game of lacrosse. He was also a columnist on college lacrosse for the Baltimore Sun.

Kessenich played one year of professional lacrosse with the Baltimore Thunder in 1999, and at the amateur level for the storied Mount Washington Lacrosse Club.

A four-time all-American goalkeeper, Kessenich was a two-time winner of the Ensign C. Markland Kelly, Jr. Award as the nation’s best goalie. A 1990 graduate of Johns Hopkins University, Kessenich remained in Baltimore where he has been an assistant lacrosse coach at the Boys’ Latin School, a perennial national power since 1992.

He is a member of the Johns Hopkins Athletic Hall of Fame, as well as the Long Island Chapter and the Baltimore Chapter of USA Lacrosse Hall of Fame. 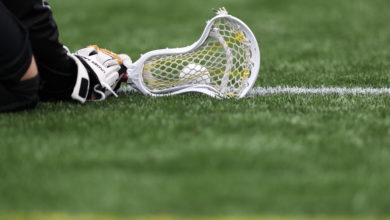