As an industry veteran, Martinez is responsible for ESPN’s strategic programs that enable both greater access to sports and leadership through sports. He leads ESPN’s sponsorship of Special Olympics, which has helped more than 1.6 million athletes, teammates and coaches join the Unified Sports movement.

Additionally, Martinez manages ESPN’s ongoing collaboration and fundraising efforts with the V Foundation, which have generated nearly $100 million toward cancer research programs. He also successfully launched the inaugural Sports Humanitarian Awards, celebrating and honoring athletes, teams and nonprofits for using the power of sports to make a positive impact on society.

ESPN named Martinez vice president of Corporate Citizenship in February 2013. He joined the company in 2011 as senior director, Corporate Outreach, where he led the company’s global volunteerism efforts and cause-marketing projects.

Prior to ESPN, Martinez served as executive director, corporate social responsibility, for KPMG where he led efforts to integrate philanthropy, the KPMG Foundation, sustainability and global development. Martinez previously served as president of The Home Depot Foundation and vice president of community affairs, leading a 20-member North American community affairs team and managing global giving strategies including their nationally recognized response to disasters.

From 2001-2004, Martinez worked for the Starbucks Coffee Co. as senior manager, community affairs, and from 1999-2001 he managed national community and civic affairs for Eddie Bauer Co. From 1996-1999, he served as director, community relations, in the King County (Washington) Executive Office, and from 1993-1996 he was executive director of marketing programs for the Seattle Aquarium Society. In 1988, Martinez served as assistant director of marketing programs for the Seattle Organizing Committee of the 1990 Goodwill Games.

Martinez and his team have received numerous industry awards, including The Cause Marketing Forum’s highest award, “The Halo Award” twice, a Gold CLIO Award, a Telly Award, the US Chamber’s Award for Corporate Citizenship, the Association of Cable Communicators’ prestigious Beacon Award and the 2006 Large Corporation of the Year Award from the Corporation for National Community Service and Points of Light Institute.

A native of ‘Ewa Beach, Hawaii, Martinez graduated from the University of Washington with a bachelor of arts degree in communications and advertising. 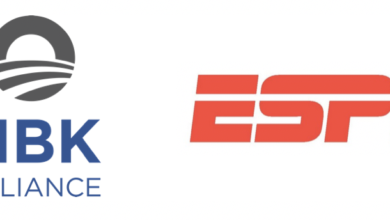