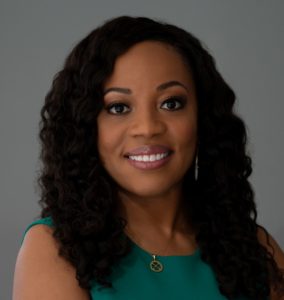 Kimberley A. Martin, who has covered the National Football League as a national writer, columnist and beat reporter for more than a decade, joined ESPN as an NFL reporter in March 2020.

She showcases her versatility as a reporter, analyst, TV personality, writer, and host on a variety of network programming, including Sunday NFL Countdown, Fantasy Football Now, NFL Live, Get Up, First Take, Around The Horn, SportsCenter, ESPN.com, ESPN Radio, Outside the Lines and Andscape.

Martin also is the co-host of ESPN’s only all-female podcast, “First Take Her Take,” a weekly show that discusses the biggest stories in sports and culture and provides insight into the unique professional roles and personalities of its three hosts.

Notable ESPN features for Martin include the award-winning piece, “Gratitude,” highlighting Las Vegas Raiders tight end Darren Waller’s journey toward sobriety and NFL stardom, as well as profiles on Maia Chaka, the first Black woman to officiate a game in NFL history, and the late Bill Nunn, Jr., a trailblazing scout for the Pittsburgh Steelers and a 2021 member of the Pro Football Hall of Fame.

Martin joined ESPN from Yahoo Sports where she served as a senior NFL writer and columnist. During her tenure, she co-hosted an all-female weekly football show, Cover 3, conducted regular on-camera sit-downs with league executives and players, wrote columns, features and profiles on industry luminaries, including broadcasting legend Pam Oliver.

Prior to Yahoo, Martin had a stint with The Washington Post as a Washington beat writer (2017-18). She also served as a columnist for The Buffalo News in 2017 and was a New York Jets beat writer for Newsday (2012-17).

In addition to football, Martin has covered a variety of sports, including Major League Baseball and the NBA.

Martin graduated from Wesleyan University with a bachelor’s degree in Psychology and African-American Studies, before earning her master’s in magazine, newspaper and online journalism from the S.I. Newhouse School of Public Communications at Syracuse.

A native of Brooklyn, Martin is based in New Jersey — but she’s always repping NYC. 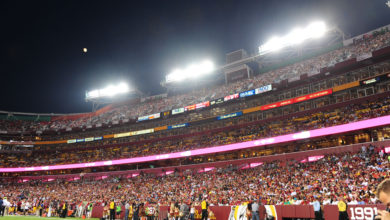